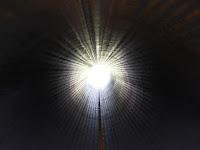 ( Occupy The World from Give No Ground ) Occupy the streets that Home might recognize our spirit in motion, that Love might observe our observance with dry eyes bent in hope. Occupy Love that Love might be the perfume for our journey, the beauty in our voice trumpeting with the solitary seed. Occupy (H)eartH's mountains, rivers and streams, the forests, the prairies and dreams, be loving that (H)eartH might witness us in infinity. Occupy the world, that Peace might know of our grief, our cries to the heavens, our eyes upon the beholder’s breathing proximity. Occupy Forgiveness's tall affections that it might bring us relief and carry on creation’s ballet that turns freely beneath our feet. Occupy (H)eartH's communion so Love senses our kind’s kinship surging to the floor, our joyful tap, tap, tapping atop the weeping loam. Occupy Home, but first know our darkest dreams, know our glorious truth, know our duty, know our prayers, know ourselves. Occupy our truth,
Post a Comment
read the poem

If in the beginning... 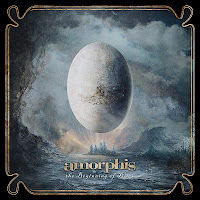 If in the beginning was creation- the planets to mesmerize, the stars to gaze with wonder, the sun to breathe in time and hover Love’s most bright, then the moon, which hovers the night to light the way for man, has had eons of glory to begin its inward flutter, toward our silence, toward our joy, toward our laughter. Flutter... For creation to remain, she must cleanse herself of man’s pathetic use and stave off our attempted murder. (After the one truth sprang forth in its Milky Way swimming in Love’s DNA round and round, both began to grow down, down, down into Love’s thighs, down into the light turned water, into the dark turned sky.) Are there more things for us to have known, for us to have imagined? Have we left anything soiled, defiled, that’s not to creation’s liking? I pray you forgive me now, before your unbelievable wrath is summoned from the core of your sorrow. Shall we fair better after the deed is done or will we die from utter shock at seeing we were wrong?
Post a Comment
read the poem 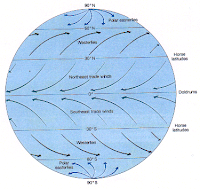 ( From Air-sea Interactions I  ) Another spirit, I was graced to meet was at a bar called Maxine’s, looked like the earth, rugged and free, a bit careworn, yet liberated, a bit rough around the edges, yet a beautiful force. We, our spirits, began to dance to the instruments found turning in our souls. So what if he smiled less than I, he’d been to places I've dared not go. I’m nothing to he, to me, in my presence, Love. The thing is, it mattered not who was who or what we both knew, it was a shared glee, an ecstatic affection dancing between us. Our hearts were equally shown, warmth evident in our forgiveness of one another, of our animal blood, our eternal kinship and Love. The man who gave me his spirit, his truth that I might dance with that he and I might share our story with everyone, may Love bless you my friend in the shadows. © 2011 by mark prime
Post a Comment
read the poem

( Healing - neither myth nor miracle ) A young man came to me today. It wasn’t until he came knocking at my door that I caught a slow, boiling glimpse of a truth unfolding before me. It came as if destiny were unraveling like a woman’s curves in the wind, as if laughter were unfolding like a child tumbling in glee, nearest our inherent joy, Love. His caramel eyes mesmerized at our dance, speechless at our kinship, motionless at our speech flowing from inside to out, to the other, bowing as equals in heaven. Oh! I said! I am so thankful you dropped by, so glad we breathed of goodness come calling, dancing spirits, two, growing faiths, two, and the next, and the next, until belief joins hands and begins to move as one- one truth, one entity, one thing, one mind. One. After eating some spaghetti, he cleaned up his place and entered to dance once again before he ventured on. To my delight, we expressed Love for one another, and then he vanished into the liquid pavement. Creat
Post a Comment
read the poem 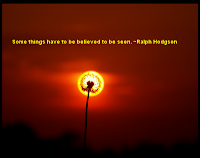 (From Do You Believe In Miracles ) I received this next paragraph in a comment from the previous post, Unexpected Howl . It was from Anonymous: Tried but not saying a word. I can't do it. I know I yell and things, but it's only when I'm frustrated with myself, not you. I've never been afraid, well sometimes to tell you something because I felt you should know naturally. I am aware that I disappointed myself again by waiting and postponing this trip. Truthfully I really had no power over not going there and trying to find relief. I know it just lingers and makes everything worse. I am not at all comfortable with the way you are expressing things. Today, yes I understand, but I have to explain the way I feel, it's so hard to put into words, but I want to. I responded: Anonymous, I'm not sure who this is and I'm not sure how I know you, yet it matters not, you're a brother or sister reaching out to another. I feel there may be something hidden in y
Post a Comment
read the poem 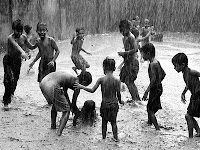 ( Children Playing in Rain  from National Geographic ) They tiptoed into my sleep wearing dusty clothes and no shoes. They tried to not let me hear them, but the little girl put forth a giggle and the boy laughed, too, soon the whole room teetered in merriment. A while passed and a hush fell all around us, a silent prayer, save for the short breaths of the children, petite puffs in search of a throat. There were nearly twenty in the group. They had been searching for years, but were always met with sideways glances and, oftentimes, violence. They smelled like sand. They were gentle. I sensed they’d come for my help, but, short of giving them water, I knew not what I could do. I wept at the looks on their faces, the pain, the anguish, the truth. The little boy began to cry, followed soon after by the little girl, then we all began to weep. Our crying grew into an unexpected howl, a sorrowful choir of wingless angels. Our hymn shattered the floor of Heaven and a great anointi
2 comments
read the poem

Play! Play From Your Heart! It's Now!

( The Birth of Liquid Plejades by Artist Only ) Nothing at hand is foretold, it’s waiting to be chosen. Everything’s upon two paths, one is the pathway of indifference, the other’s the passageway of Love. Within this, our heartrending time, the stars crawl on hands and knees from end to end, inching toward the sun of man. This arrangement of emptiness, mouths silent consonants in search of vowels to fill empty words the size of the ocean. The angels scour the floor of our living, touching their wings against the oily waters, their silence louder than tyranny and beckoning our decision. It will be at the liquid birth of creation that the reverberations of our collective choices spring forth. Let us pray they seep across a new and loving humanity. © 2007 mrp/thepoetryman
Post a Comment
read the poem 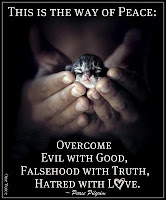 How could we have allowed Love to be forgotten? What happened to our affections and happiness? Is Love not worth the struggle required to wrestle it back from hate’s grasp? We can look at a thing until we begin to see what isn’t there, or we can begin to see a thing until we’re truly memorizing what exists. Evolve our thinking to include all of the goodness within every belief, within every philosophy, within every Loving thought, then progress with a vision honed in on Love and our perceptions cannot help but be enlightened. Do not focus on fears, they’re nothing more than the least of who we’ve become. To rescue humanity, before Mother, Grandmother and Great Grandmother settle the debt, we must soar with truth in our sights and keep flying until we begin to recognize the ancient and familiar song born in each of us, in all things, the song of Love. Pray we remember. © 2011 by mark prime
Post a Comment
read the poem 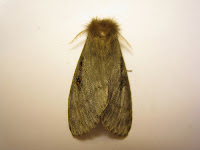 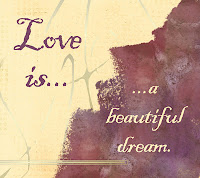 (Artwork from The Deep Thinker ) If I will cease to fear Love’s natural rhythm, I can allow my spirit to soar. If I will bring my trembling knees to carry me, I can arrive at a place called Love. If I will close my fearful mouth when flying, my flight can ascend my dreams. If my flight ascends the unfound stars, I’ll dance with the spirits evermore. Imagine Love! Dream Love! Hope Love! Pray Love! Beseech Love! Come, Love! I’m in need of a dance, that I might not stumble in absence. Come, Love! Allow me one hand, that I may lead, the other, that I may follow. Peace and living goodness be with the messenger’s of Love… © 2011 by mark prime
Post a Comment
read the poem

I entered the church with head held high. I smiled and thought of what I’d become when my final curtain had fallen. Fill the glasses with wine, smile the kindest of kind, and find yourself right where you never imagined you’d arrive. There you Love the journey, knowing that, in the end, you’ll bend in the night and dream of your escape from Love. © 2011 by mark prime
Post a Comment
read the poem

Was Jesus divine? Yes, as we all are. We are all equals, unable to be otherwise. I cannot rise higher than another is capable of rising and I cannot sink further than they're capable of sinking. Equality is key, which is the reason that I choose to dance with all spirits, all belief systems that I can. I want to dance with all religions, colors, creeds, thoughts, philosophy, etc, for it is what I’m required to do, what I promised I'd do, in order to create/evolve within belief, not away from it, but with it. Is there more to this than meets the eye? Yes. But only because I have forgotten who I am, what I was, and where I am. If I open my eyes to her, to Mother, Grandmother, Great Grandmother, to Love, I begin to heal from the inside out. Let me emerge from my slumber, with love within all I do and all I say. It is time... © 2011 by mark prime
Post a Comment
read the poem

Where We've Always Been

I believe Jesus was a human, no different than you and me. I believe Jesus uttered some very profound statements and truths, but perhaps should not have. He was, in my opinion, one of the finest human’s to have ever graced the earth, flawed, but a man who spoke his truth, not the worlds. I believe that the eartH is Heaven. I’ve sought eternal life since the beginning of time and it’s been beneath my feet and will be evermore. If I’ll but acknowledge that (possibility) I can cease my destruction of my only Home and the gift that is for all of life. If I would but imagine for a second where I truly am, over where I want to be, I might then see the truth of where I’ve always been… with Love. © 2011 by mark prime
Post a Comment
read the poem
More posts