Showing posts from September 5, 2010
Show all

What’s come of this, our day? Feels like a pale remembrance as if we've not slept since or our eyes never fully opened, living near death, over and over, never realizing what we've done.

The dead walk by our closed doors just as they did before. Maybe years from now someone will open them and see there’s no one there, open the cupboards and gaze at the ghost’s of a bare boned affection that move about in the living dust, in the echoes of our dancing within the last of our days, even if there’s nothing worth remembering or somehow it all got misplaced, perhaps tucked away for a rainy day, a keepsake for tomorrow that never came… or never was.

Walk with heads held high. Honor all the love that’s been taken away by your own hand and all those you were meant to touch, or should have smiled upon and embraced, for soon all this will be gone.

On Tuesday September 11, 2001, at least 35,615 of our brother and sisters died from the worst possible death, starvation. Somewhere around 85% of these starvation deaths occur in children 5 years of age or younger. Why are we letting at least 30,273 of the most beautiful children die the worst possible death everyday? Every 2.43 seconds another one of our fellow brothers and sisters dies of starvation. Starvation doesn't just happen on Tuesday September 11, 2001, it happens everyday, 365 days per year, 24 hours per day, it never stops.
Alongside the sheen of uncertain sunlight, my stomach’s alarm floats a bitter pang like an omen. Low down, it rises.

Ahead of nightfall, grumbling loud, reminding me its there, “Remember the hungry”, it clangs, “You’ve enough to spare.”

Running in like a frightened child the messenger stumbles ever so briefly with news meant to feed me, afford me a message of affection. My face feels most ancient. My love feels new. I smile upon the runner with joy…
2 comments
read the poem

I Tried to Warn Them (The 9th September Song) 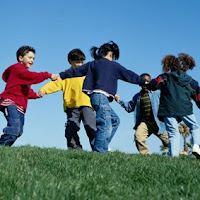 When hunger came I hid beneath its shadow, quaking from its reach. Children’s laughter. I waved to them, a caution, famine’s eagerness, its cruelty and its breadth. They smiled.

Too late, it was upon them. I cried, I howled. Hunger said, “I’ve triumphed! I am death’s ally!” Unhappiness fell down next to darkness as I plotted against its teeth, its pale talons. I would wait in its shadow, with arms ready, with my hands whittled into flags.

When hunger comes again I’ll be ready, flags pointing to its conceit, fierce love upon it.

Door of Charity (the eighth September Song in 2010) 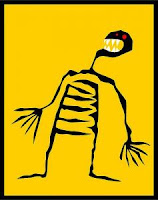 I stand speechless at the blind door of charity. My hands glide the surface of its disguise taunting me with its veiled entrance of precious fare. Hand to fist, knocking a wishing well’s secret, my fingers swell with hope, the clank of a serious note. Upon the obscure wooden frame I tap a Brailled plea, a sightless rap, a prayer made of skin and bone.

I see a world of starvation stooping down to the machine, then rising to the sound of clocks ticking of riches, material nourishment. I see a world in anguish, bowing to war and accepting disorder as if peace were dead and buried, useless as an unexploded shell. I see a globe filling up with the least of man, the plague of man seeping into her veins from the lowest reaches, into our worship.

Starvation has many faces. Let us begin at the edges of our own and erect a visage worthy of a smiling peace, of devotion.
© 2010 by mark prime
Starvation.net

“Our lives are to be used and thus to be lived as fully as possible, and truly it seems that we are never so alive as when we concern ourselves with other people.” _Harry Chapin

It seems new but it’s the same.

I am seeing them on the street corners and in my dreams.

I’m surrounded by them; shells of flesh leaning on bone. They are smiling, these great empty mouths with love oozing into the gray stream of childhood. Time is man’s creation, shaped to hold the air away from love, made to shroud the mother’s goodness and mask reality in minutes.

I am sitting on the porch in awe of the wind lifting the leaves away from summer’s shade that retreats with the birds calling down from the heavens. The hungry are nearing them with each painful smile, each uneaten meal and shattered heart. I am among them. I breathe near their crisis, near enough to glimpse the crimson ache, yet far enough away to remain unscathed.

The world is drying up from man’s refuse, sympathy curdling with time, rotting…
4 comments
read the poem

1.3 lbs per person, per day discarded by the feeding machine, landfills of barrenness groaning failure like God.

474.5 lbs per person, per year eaten by the teeth of squander, disposal at its core, unfilled mouths.