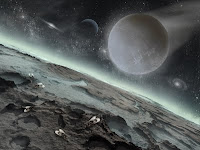 How beauteous is thy creation that she sags of my circle; years of suffering for and against my animal, waiting for meaning to show its incisors so I might howl another perception without actually having to turn the screw. That I might entertain another story, another butler with a cloaked dagger, that again and again and again, moaning and groaning upon the lever, my unreasonable attempt to escape Heaven, disguised as agony, strives at putting holes in all truth. Stagger and fall, knees sinking, empty of grace, joy, love, forgiveness, compassion, hope. Goodness dozing with the meek- A romantic couple drenched in oil- 70-inch flat-screen HDTV ® with surround noise, another slap to Mother’s face. A made for cinema movie right in man’s dying-room, coming to a theatre near the couch so this jackal with a dream and a grudge and ownership might witness his own murderous dream; supremacy, second coming, self-fulfilling preparation, death. (The first time’s never as convincing as the s
Post a Comment
read the poem 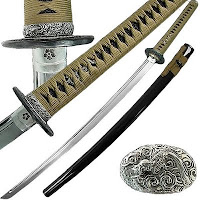 ( Swords of the East ) Clinic Touts Smoking as Cancer Cure Curling up, a wisp of smoke slashes the sky with a freshness. Remedy comes in a silver-white, metallic toga wafting on the air. Japan says nuclear crisis stabilizing, time to rebuild Calm down. Tighten my grip around Nihonto , allow it to tap into my dream, stabbing and unchanged. Priceless Egyptian Treasures Returned Treasures come, as they will, precious, rumbling riches; ownership’s counterfeit reality; the objects of blindness. Libyan woman details alleged gang rape Scream your unhappy cackle! Fight both fang and nail and stand accused of the details… Mubarak 'suffers heart problems' “Here is the butcher.”  topples the heavens and the slums headfirst beneath the cleaver. (All life is suffering) … © 2011 by mark prime
Post a Comment
read the poem 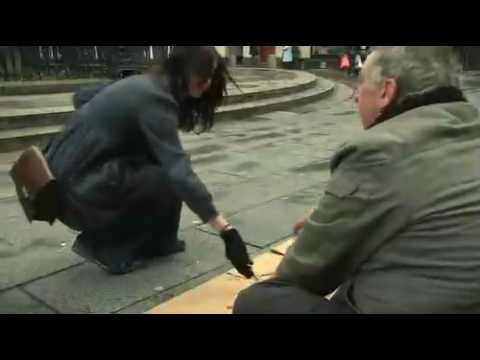 Man: The verdict of distant thunder leaves me breathless with dread. Here comes the incensed wind finishing its closing argument whilst the rain thrice brings down its gavel! Guilty of trying to know too much! Guilty of humankind’s slaughter! Guilty by death by mortal injection! Another Man: I await nature’s verdict in this; my prosecution for her murder. The gallery rumbles a sightless storm and fells its thunderous fear, leaving me puffed with a strafing dread. © 2011 by mark prime
3 comments
read the poem
More posts