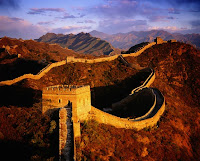 I’m behind the walls, too. In the wake of division, I try to peer over, but can’t. I try to climb over, towering walls, trenches, barriers, hills and rivers and nearly make it before I’m called back. The stamp of boots brings me to trembling, to remembering, what of goodness? If I ascend the walls, what’s there for me on the other side, the end of hatred, murder, rape and war? Is it possible to escape the exhibition?

I’m tired of the clatter and clack of teeth and gunfire, the moans of shattered children, I want to scale the walls, escape the noise. But I've been summoned, called back to grapple another day or fetch laughter from clinched jaws. I cannot exit now, the stakes are too high, like a razor-blade held against my tightening throat.

Man’s kinship is breathing near the heart of truth. It is panting, eager and trembling near the stone that weighs down love and hides my joy. The walls push me back. The barricades are like cords wrapped around my neck, the furrows I've dug in hearts and souls cannot be undug, but can be filled.

Barricades hold me away from truth like an improvised bomb sending me skyward, tumbling in disappointment, crashing through silence like noise with a firmness uncalled for, a gruesome face.

Why are walls our king, lies our prince and war our god? There are ravines filled with medals, fathers and young sons, mothers and daughters, brothers and sisters held down with clay, with infamy and dread, and there are valleys of water lapping up man’s fatty venom.

I’m behind the walls, too, waiting on love to scale them with limbs of exactness, hands at the ready, waiting to curl up in my lofty expectation. I'll Ignore the walls, trenches and barriers, and embrace the hills and rivers like the voices in my dreams speaking truth. Walls can be torn down and assembled into smiles, joy can snuggle with me like kittens, their softness, my instructor, ascend goodness, leave the walls for art, that I might gaze upon them with wonder.

Popular posts from this blog 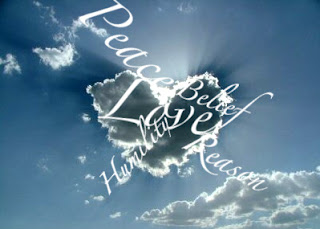 - February 21, 2021
The rock holds the soil in and from the soil springs the tree, the green of LIFE rolling from the blue, rising to the occasion of itself. . “Be!”, the (H)eartH declares, “Be what you are!” . (We thought we were!) . (We think we are!) . “You are, but not freely, therefore, only a thought, and a thought without much thinking, as if you were scared into it.”, the (H)eartH added. . [a quietude begins, the truth being heard and heeded, grooving to the flow] ~ © 2017 Mark Richard Prime
read the poem

- October 28, 2020
“DOW SINKS 800 POINTS AS INVESTORS FEAR rise IN CORONAVIRUS CASES COULD HALT THE ECONOMIC RECOVERY  (A headline that could also be the full article, in a pinch.) Perhaps the stock market can show us our mistake, like a barometer that informs us on our attire for the day?  - GIVEN THE ASTEROID'S SIZE, ITS METAL CONTENT COULD BE WORTH $10,000 QUADRILLION (10, 000,000,000,000,000,00), OR ABOUT 10 TIMES THE GLOBAL ECONOMY AS OF 2019  What a mouthful! Preparing us to read and follow like sheep contented without any. [easy breezy quietude] Given our propensity to use money as a measurement of “worth” and “value”, I’m surprised we have a word for contentment, we don’t seem to have a clue as to what it truly feels like. - NEARLY 70,000 PEOPLE UNDER MANDATORY EVACUATION ORDERS AS TWO NEW WILDFIRES IN SOUTHERN CALIFORNIA SPREAD RAPIDLY  Wildfires spread like our disinformation. The wildfires seem to move blowing with the wind of the times, like our own rabidity for battle. Only fire is a nat
read the poem